CANNES 2018: MONSTER selected for BREAKING THROUGH THE LENS 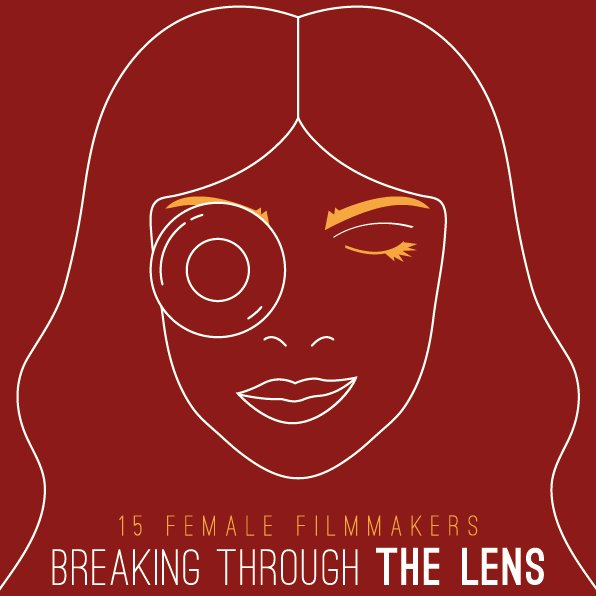 MONSTER was selected to take part in the inaugural BREAKING THROUGH THE LENS investors forum at the CANNES FILM FESTIVAL 2018.

Director Laura Smith and Producer Jenny Walker presented MONSTER at an exclusive, invite-only event which showcased 15 hand-picked feature films helmed by female directors, to an invited audience of financiers. Breaking Through The Lens was curated by Seek Films, moderated by French actress and choreographer Mia Frye with sponsorship from Veuve Cliquot and the LA Producers Alliance among others.

Daphne Schmon of Seek Films says “This is the first time a team of women are organizing a high profile pitching event targeted specifically towards supporting female filmmakers at Cannes. Though much attention has been drawn to the treatment of women within the industry thanks to the #TimesUp and #MeToo initiatives, progress has been slow in closing the gender gap among directors. The Cannes Film Festival itself is proof, with only 3 of the 18 in-competition films this year led by women” 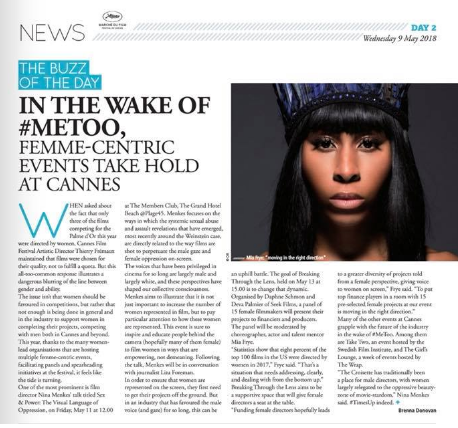 BREAKING THROUGH THE LENS was profiled on the front page of Cannes Market News where host Mia Frye said “Statistics show that less than eight percent of the top 100 films in the US were directed by women in 2017. That’s a situation that needs addressing, clearly, and dealing with from the bottom up”.

It took place the day after a protest at the lack of female directed films screened in the festival made international headlines.  The protest- organised by collective 5050×2020- saw 82 women- including Cate Blanchett, Kristen Stewart and Wonder Woman director Patty Jenkins- take to the red carpet to represent the total number of female directors whose work has screened in competition in the festival’s 71 year history, in comparison to 1,645 male directors.

“This was a unique and much-needed event that we were delighted to take part in.
BREAKING THROUGH THE LENS highlights the work of female directors,
giving a voice to an under-represented group of talented storytellers”

As the industry moves forward in gender inclusivity, events such as BREAKING THROUGH THE LENS are paramount to ensuring female filmmakers’ passions and projects are heard.